Document that I had at my learning center

Under the program, the NSA collects records such as the originating and called numbers, call time and duration, location data, calling card numbers, International Mobile Station Equipment Identity numbers and other data pertaining to all domestic and international calls made from within the U.S. The government says the data it is collects helps U.S. intelligence keep track of the communications of known or suspected terrorists.

Concerns over the program prompted President Barack Obama to announcechanges aimed at restricting the data collected and the manner in which collected data is stored.

NSA documents obtained by Snowden described Prism as a program for collecting user data from Microsoft, Google, Facebook, Skype and several other major Internet companies. It allows analysts from the FBI’s Data Intercept Technology Unit and the NSA’s Special Source Operations group to search for and inspect specific items of interest flowing through the data streams of each of the companies.

Under the program, the NSA purportedly collects audio, video, email, photographs, documents and connection logs to help counterterrorism analysts track the movements and interactions of foreign nationals of interest. In PowerPoint slides leaked by Snowden, NSA officials described Prism as the single biggest source of information used to prepare intelligence reports, including those prepared for White House daily briefings.

Documents and presentation slides obtained by The Guardian described Xkeyscore as a program that lets the NSA collect virtually any information about an individual’s Internet activity anywhere in the world. The program purportedly lets NSA analysts sift through enormous databases to gather data on emails, browsing and search histories, online chats and other online activity of any Internet user anywhere in the world.

The XKeyscore system collects so much data that the vast majority of it can only be stored a few days at a time. NSA officials have strongly denied many of the claims pertaining to the program’s purported capabilities and the manner in which it is allegedly used.

The secret surveillance programs revealed by Snowden included a massive data collection program named Tempora, which is run by Britain’s Government Communications Headquarters (GCHQ) in cooperation with the NSA.

Under the program, the GCHQ collects petabytes worth of information daily from data interceptors placed directly on regional and transatlantic fiber-optic cables carrying huge volumes of Internet data into and outside the U.K. from exchanges and Internet servers in North America and elsewhere. Data intercepted under the program include email content, records of phone calls, Facebook entries and Internet browsing histories.

The leaked documents showed that as of May 2012, the NSA had assigned 250 analysts — and the GCHQ had 300 — to pore over data gathered under Tempora.

Documents obtained from Snowden showed the U.S. intelligence community reportedly spending 20% of its nearly $53 billion annual budget on cryptographic projects and operations. The NSA spends $250 million a year on a program under which it tries to work with vendors of encryption technologies to allegedly make the products more easily exploitable.

The Snowden leaks showed that in addition to collecting phone metadata and Internet data, the NSA and the GCHQ are also capable of harvesting data directly from BlackBerrys, iPhones, Android-powered phones and other smartphones.

Der Spiegel, which was one of the first to break the story, noted that the agencies have the ability to tap a lot of smartphone data, including contact lists, location information, SMS traffic and notes. The NSA apparently has set up separate teams that specialize in gathering information from specific mobile operating systems. It also has the ability to read messages sent via BackBerry’s Enterprise Server, the publication said, quoting documents obtained from Snowden.

An elite NSA hacking united known as Tailored Access Operations has infected at least 50,000 computers worldwide with specialized malware referred to as “implants” by the agency, a leaked Snowden slide revealed. The implants were likened to sleeper cells that could be activated at any time with a single click.

The slide showed that in addition to the 50,000 implants, the NSA’s Computer Network Exploitation (CNE) unit also has dozens of special data collection facilities spread out across the globe for collecting Internet data and foreign satellite communications.

Snowden’s leaks raised several questions about the role private companies played in helping the NSA collect data. The concerns peaked last December, whenReuters revealed that EMC Corp.’s security division, RSA, might have enabled a backdoor in one of its encryption technologies at the behest of the NSA.

Companies like Google, Microsoft, Yahoo and Facebook have all vehemently denied that they have voluntarily given customer data to the NSA or any other intelligence agency. They have claimed that the only circumstances under which they might have provided data is when compelled to do so via court order.

A document leaked by Snowden showed that the U.S. secretly monitors the phone conversations of at least 35 world leaders. Though the document did not identify the leaders being monitored, it lent credibility to claims by various world leaders that the NSA was monitoring their phones. Among those who claimed they were spied on were German Chancellor Angela Merkel, Brazilian President Dilma Rousseff and Mexico’s former president Felipe Calderon.

Meanwhile, in a report that the NSA denied, French newspaper Le Monde claimed that the NSA had gathered data on millions of French citizens by spying on French telecommunications company Alcatel-Lucent.

The Intercept, a publication co-founded by Glen Greenwald, the Guardian reporter who first broke the story on the Snowden leaks, in March claimed that a document provided by Snowden shows the NSA infiltrates computers belonging to systems administrators who work for foreign telecommunications and Internet companies.

The documents show that the NSA aspired to build an international hit list of system administrators to target as part of its surveillance effort. In addition to trying to get system administrator passwords, the agency also tries to obtain network maps and other data from targeted systems administrators outside the U.S., the publication claimed.

First and foremost I would like to thank my dad for helping me out with this project. He helped me with research and provided an interesting perspective on Snowden, as it was a polar opposite as my opinion.

The main three pieces that I think everyone should watch, even if you don’t really know too much about Edward Snowden or my project. If you haven’t seen any of the three watch them! It will be worth it!

John Oliver on government surveillance. This is by far the most engaging and entertaining perspective on the Edward Snowden story that you can find. Oliver interviewed Snowden in Russia and I feel did a good job of shedding light on the situation.

That is a link to one of the first interviews he did and in my opinion one of the best. It was conducted with a German reporter and it was a really interesting interview (really hard to find though) 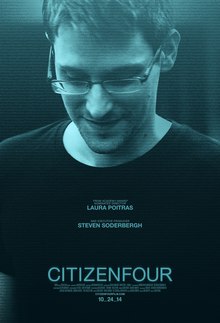 This is a documentary made on Snowden, it is almost two hours but paints a very clear picture of who Snowden is and what he did. There is lots of very raw footage of Snowden in the hours after the leak. If you have a couple hours to spare this will not be a waste of time!

This is the page to the feed on Quora on Edward Snowden. It has a lot of really interesting questions and answers from very educated people.

Here is a database of all of the leaks Snowden ever realised, it is interesting to look through to show just how many documents were leaked

Something I have to include is a link to Snowden’s wikipedia page, it was a starting point and good for facts about Snowden as a person

Night of the notables

As I stood behind the curtain listening to Mr. Jackson talk about how the night was going to go, then the MC’s came out and introduced the first half of the speeches, or at least that’s what I assume they were talking about. To be honest I have no idea, they could have been talking about anything and I wouldn’t have been listening, I was too enthralled in going over the key points in my speech. One more time before I went on stage: Sacrifice, lying to my friends and family, 2013, my name, traitor, educate yourself, pros/cons, gave up everything, don’t let it go to waste.

That probably mean nothing to you but they were the key words that I ran through in order as I was talking that would prompt me into the point I was about to make. Then all of a sudden there was silence on stage, crap the MC’s are done I didn’t even realise, I look back and people are gesturing for me to get onstage. I part the curtains and walk out onstage, scan the audience and launch into my speech. The first 20 seconds I was nervous, then I got into the rhythm of my speech and it was smooth sailing from there.

Then I went backstage, while people were patting me on the back I let myself (for the first time) think about exactly what I just did. That was my eminent speech, something I watched 15 of the biggest role models in my high school career complete the year before, and something I worked at for a combined 8 hours to polish and rehearse. Then performed in front of 250+ people

And it was over

I watched the second half of the speeches, then it was time for learning centers. For my learning center I set up a sort of home office for Snowden, I thought about the sort of things that he might have. I included pens paper, laptop, NSA documents (that were mostly symbolic), and a photo of him and his girlfriend. The desk portion of my learning center

The main thing in my learning center was I engaged people in conversation (something I consider myself to be pretty good at). I talked to them, asking them what they knew about Snowden, got opinions, shared opinions. It was one of the highlights of TALONS, as it was something that I was passionate about and I talked to anyone and everyone that would listen. Me at my learning center

The standpoint that a shared from the perspective of Snowden was that he wanted the public to be educated. If people thought the government should be allowed to monitor internet activity as long as it was an educated opinion. As long as they understood what the NSA is doing and the NSA was not acting above the law. Some leaks I used to spark interest at my learning center

Something I have stated so many times about Snowden is how interesting he is. It is very rare that I find a project that I go into and really get into it, like I will go home and willingly want to research the project, but that’s how it was with Snowden.

Now to talk about switching from Fanning to Snowden.

The main reason I did was because Fanning was honestly really boring, I didn’t find the things he did relatable, or even interesting for that matter. Then I was in math and Emma turned to me and was like “Connor you should have been Edward Snowden for eminent” and I sat and thought huh I totally should have, so I went home and watched the documentary and decided, okay I’m doing this. I did and didn’t look back. Obviously 10 days isn’t really enough time to do an effective eminent project, but it all ended up working in the end.